When You Transact in a Relationship, Don’t Say “I Had To Ask.” 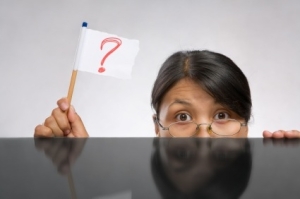 You wanted to ask and there’s a big difference between those two things.

Your personal influence is really your leadership in all types of relationships -regardless of title.  Relationships sometime involve “transactions” – when we sometimes give and also sometimes receive.

And, your Relationships are not just something -they are everything.  Why? Because in your professional life, relationships often get you the first opportunity. Someone will take a chance on you because they know you and trust you. Someone will give you an opportunity your skills might not have earned yet because of a friendship. And phrases like “I had to ask” tend to wear away at relationships.

Author Jon Acuff states “If you say, ‘I had to ask,’ it removes the responsibility from you. Some outside force made you ask. Your hands were tied, there was nothing you could do except ask.”

So you did and the person you asked for a favor said no. You responded to his/her no with “I had to ask!” Or, instead you said, “Well, there’s no harm in asking,” only that’s not true either.

There can be harm in asking. Maybe the person you asked feels used. You barely know them and have jumped gigantic intimacy levels by overreaching with your favor request. Maybe they felt manipulated by the ask. Maybe they’ve now quietly moved you from, “People who are my friends” to “People who just want favors” bucket.

Don’t kid yourself. There’s harm in asking, especially if you do it the wrong way with the wrong person.

Does that mean you shouldn’t ask anyone for anything? Of course not. Your friends want to help you. They’re excited to help you. The time you’ve invested in that relationship completely changes the request.

Asking is hard but it’s not complicated.   Jon Acuff states that there’s a simple way to remember the right way to do it:

This entry was posted in Family, Getting Results, Leadership, Personal Development, Teams.