(New Post) You Don’t Have Time for Negative People 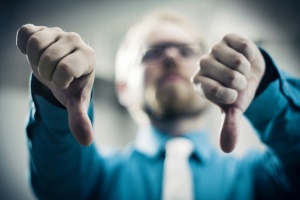 Recently, I caught myself wasting time dealing with a negative person.

I’m not talking about someone on my team or organization. It was actually a business partner in another organization who was caught making negative comments behind others’ backs.

After being bothered about it for quite some time, I decided not to let the issue waste any more of the team’s time. As well, this individual would not be given the chance to disparage others again.

Do you have to deal with a negative person that takes up too much of your day?  You don’t have time for negative people in your life.

Negative People are a Negative Impact

I often come up with my best ideas on my run, when my mind gets “in the zone.”  This is my time to “get away” and just think.   However, on this particular day, all I could think about was the nasty conversation that occurred with the business partner who had been caught saying negative comments about others. It caused much team friction, and too much time was spent addressing the behavior.

To call it what is was: It was a complete waste of time, energy, and feelings by all involved.  And the worst part of the episode was the individual in question got what they wanted… a reaction.

Critical. Negative. Toxic.  Call them what you will, but negative people have a way of stealing the time of others.

It’s best to let them go on their way. (Both literally and figuratively.)  Don’t let them have your time, attention, or energy.

Here are just a few of the Negative People You Don’t Have Time For:

No Time for Negative People

Don’t let negative people tell you what you can’t do. (Ignore them.)

Don’t let negative people bring down your mood. (Don’t listen to them.)

And definitely, don’t let them waste your time. (You don’t get more).

This entry was posted in Getting Results, Leadership, Personal Development, Teams.