Do The Words You Say Matter? 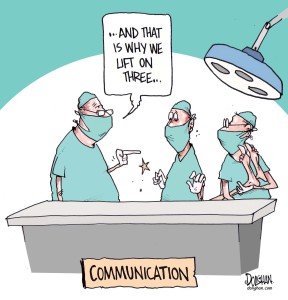 I am studying public speaking. Why?

I speak to groups almost daily, and want to get better.

And sometimes, on this blog, I have the chance to share some things I learn. This particular bit of knowledge surprised me.

In a study conducted by a guy named Albert Mehrabian, it was found that the words you speak during a speech matter less than you think. A lot less.

Here’s the breakdown of how audiences draw their communication cues from you:

55% comes from the visual. (How you look, what you visually show during your presentation, etc.)

38% comes from your tone of voice.

7% comes from the words you say.

I had no idea that was how speeches tend to work, and I guarantee most people don’t either. Most pastors, executives and leaders spend 90% of their practice time on their words, and maybe 10% on their visual cues.

But if you really want to communicate with a culture that is becoming increasingly visual, think about what you’ll show more than what you’ll tell.

This entry was posted in Getting Results, Personal Development, Teams.